At the end of 2018 happened something new and special: the Finnish Immigration Service (Migri) and TE Services Uusimaa joined forces for executing a communication-related experiment. We have done this work in the context of Experimentation Accelerator (Kokeilukiihdyttämö), and a Christmas-like Q&Alendar was published in the first of December. 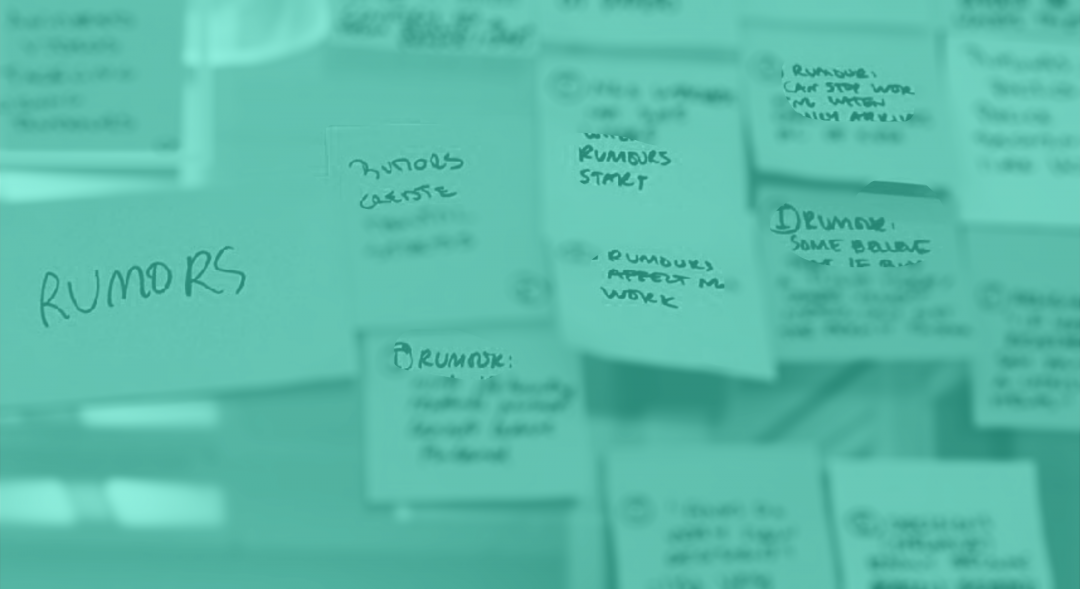 The starting point for this collaboration relates to challenges in the information related to immigrants. Migri and TE Services receives both a lot of questions from immigrants that contain quite often assumptions or false information. The same challenge was noticed also when Inland Design did user research among immigrants. The findings of this research pointed that the circulation of rumours, so-called unofficial information, is a true problem. Joining forces was natural as we both have the same customers: immigrants. 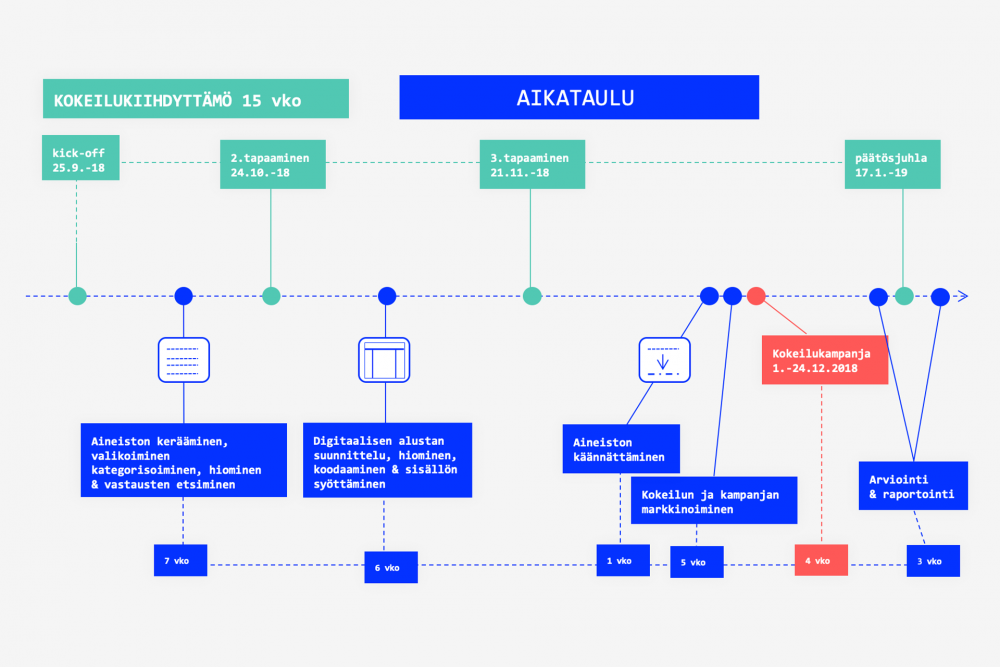 The collaboration between two government organisations was intensive. In the 15 weeks timeframe we collected data, formed the content (=questions and answers), designed and carried out webpage, executed a campaign and analysed the experiment.

There was no extra budget for this experiment. The resources we got could be described as human power.

“The  core team” consisted of four people: one from TE Services and 3 from Migri. The project involved around 15 people assisting and consulting colleagues such as customer service experts and a UX-designer. 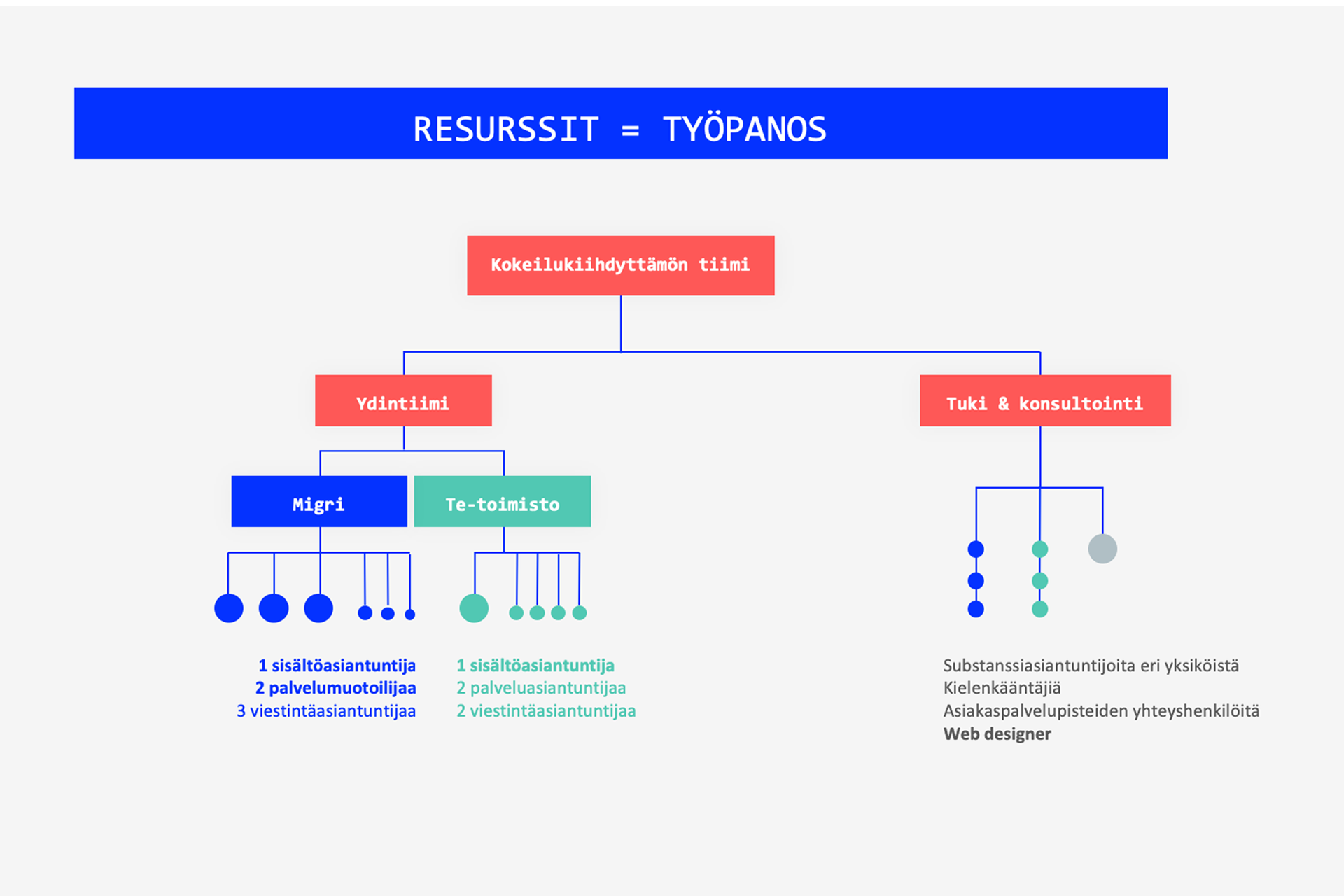 A visualisation of the resources invested from each organisation. Migri people marked as blue circles, and TE Services people with green.

We have built and published a digital Q&Alendar . The aim of the bilingual (English and Finnish) Q&A- calendar was to offer correct information in  a clear and novel way. The questions came i.a. from social media forums, and emails we have received. The answers were written with the assistance of our experts from substance units and communication. The selection criteria for the questions was that they should be easy to answer in a short manner. A big effort was made to shape the text so it would be easy to read. 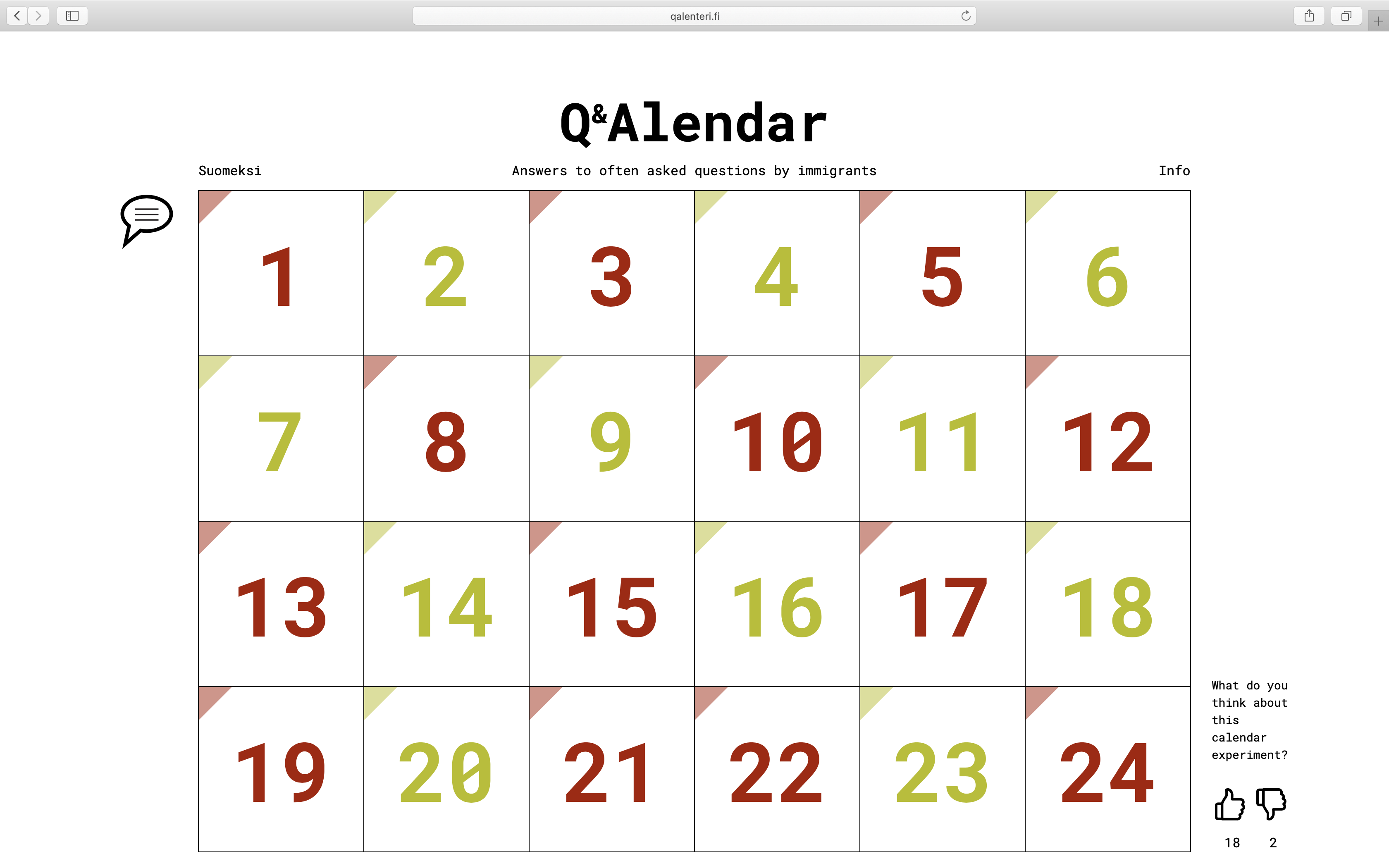 Question – answer format calendar was executed in 6 weeks time and it was published on the 1st of December 2018.  A new window was opened each day of the month and a new questions was answered. 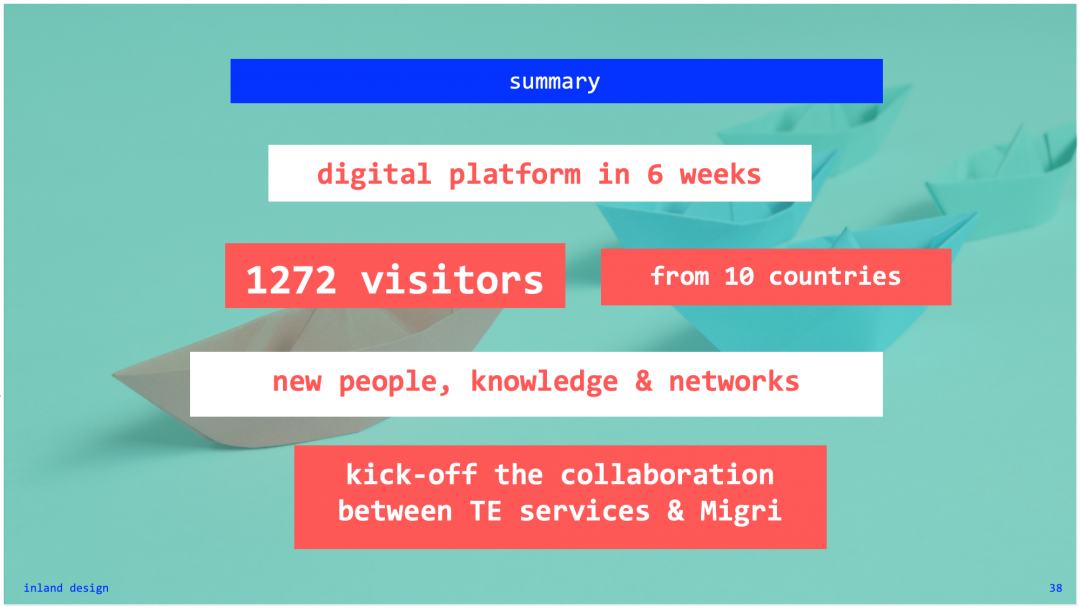 The project was challenging not only because of the timeframe but also because of doing work in relation to communication that our team has not done before. In addition, we had limited human resources. We were very flexible and could accommodate well to the challenge at hand. For example, the service designer had to (among other things) act as a project owner, copywriter, concept and visual designer.

This could be improved next time:

Calendar platform as a refreshing way to communicate with customers

Despite the challenges, the Q&Alendar was published on time, and it reached almost 1300 visitors during the campaign (1.-24.12.2018.). Based on the feedback that was received via immigrants and organisation personnel after the campaign, the digital calendar platform was considered as a new and refreshing way for government communication. Also, the idea of two government organisations joining forces in common communication service was received as positive and useful addition.

The Q&Alendar experiment can scaled up in the future, as here is an annualready-made digital platform that can be easily adjusted with new content.  If the immigrants that were interviewed by Inland could decide what would happen next, this Q&Alendar would be used also next Christmas. This time the content would be consistent because  we would focus on one theme: as for example employment or studying. We could also invite other public agencies or a municipipality to take part.

Go peak into the qalenteri.fi (still open the spring 2019)

Read more about the experiment process from this Medium article

Here you can find the learnings also in Finnish